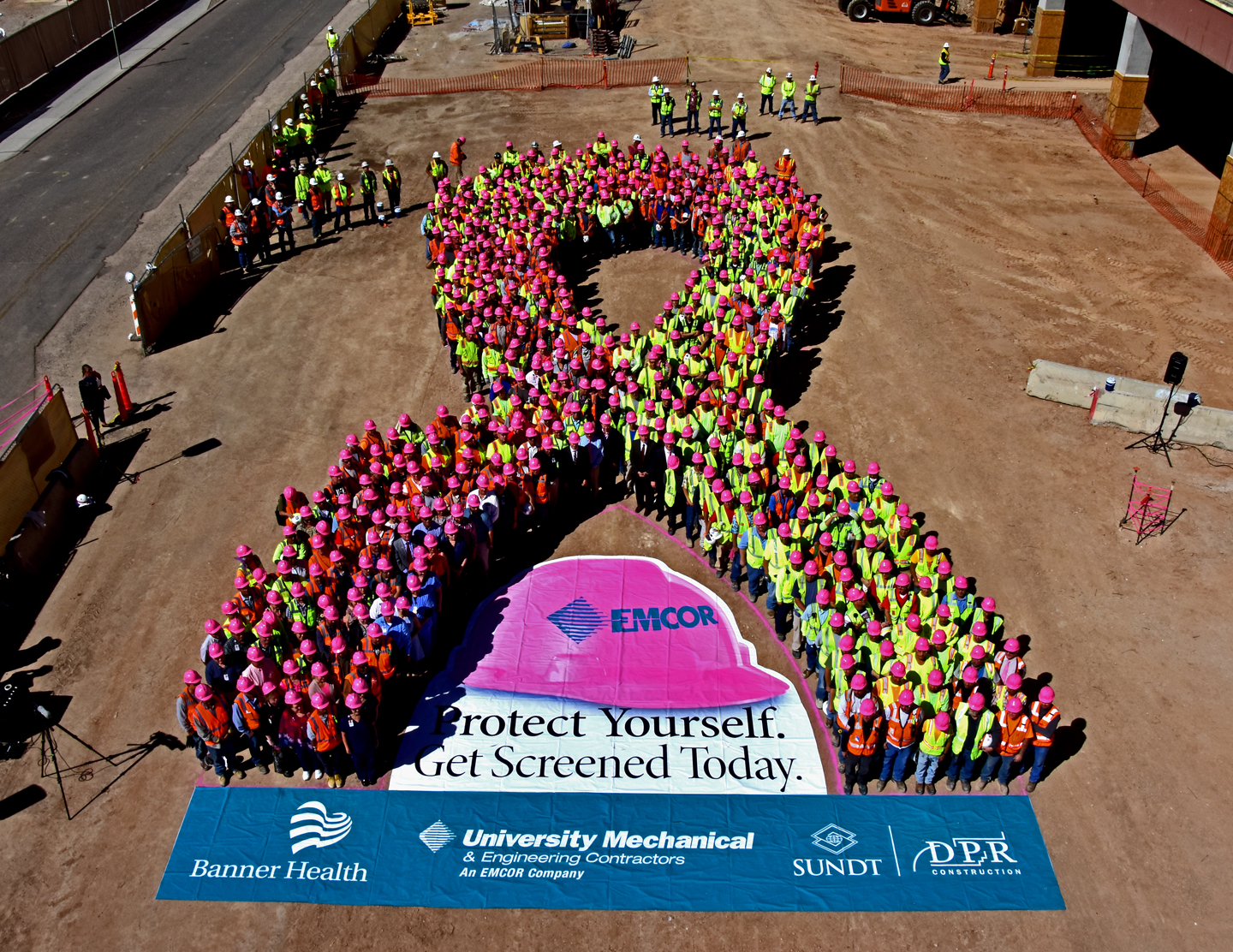 “This is EMCOR’s 9th consecutive year of spearheading the national Pink Hard Hat initiative. Over the years people have come forward to say they believe this unique way of raising awareness of the importance of breast cancer awareness and screening has had a positive impact on their own lives or that of a loved one,” stated Brad Thornton, President/CEO, University Mechanical & Engineering Contractors. “Many of our employees wear hard hats on a daily basis for personal protection, and we’re proud of their commitment to wear an EMCOR/University Mechanical Pink Hard Hat in October to raise awareness for breast cancer, reminding women and men they can help protect themselves by getting screened.”

Throughout October thousands of employees at 60+ EMCOR’s subsidiaries across the U.S. are wearing EMCOR Pink Hard Hats at hundreds of work sites such as hospitals, infrastructure projects, shopping malls, manufacturing facilities, and oil refineries.

Millions more will be reached nationally in October as EMCOR’s U.S. fleet of 6,000+ service vehicles display Pink Hard Hat posters with the “Protect Yourself. Get Screened Today.” campaign message.